Over the last week I have read and heard many tributes from Oregonians of all walks of life about Dave Frohnmayer. I decided it was time to post some items from his many campaigns for political office. Frohnmayer was thrust into the statewide spotlight of running for governor in 1990 when an opportunity presented itself to run for that office. He was the frontrunner, and maybe if it had been 1986 he might very well have won. 1990, in Oregon and the rest of the country divisions were forming within the Republican Party. At the Dorchester Conference GOP electeds like Packwood and Frohnmayer met to figure out how to get rid of Oregon GOP Chairman T.J. Bailey, a representative of the 'New Right' of the party. Bailey was replaced by a business executive named Greg Berkman. This rift may have helped spur a third party candidacy from Al Mobley in the 1990 election. This split, would cost Frohnmayer the winning coalition he would need to beat Oregon Secretary of State Barbara Roberts in the fall.


Frohnmayer might have ended his long elected career in 1990, but he would go on to lead the University of Oregon through the perils of existing in the post Measure 5 funding world. After being Dean of the law school, he would lead the UofO as President for 15 years. 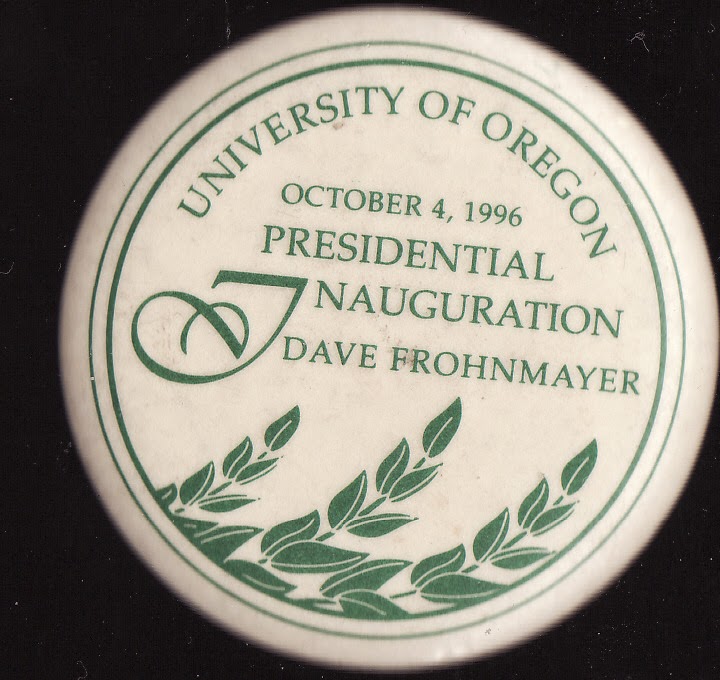 Here is a pin from his Inauguration in 1996. A really neat post political career button. Frohnmayer was first elected to office in 1974. He represented the Eugene area in the Oregon Legislature. In 1980, as part of the Reagan wave, he was elected Attorney General of Oregon. He defeated Harl Haas in the election. Haas passed away in 2013.

We are still getting photos from members of early career items from Frohnmayer, hopefully some state rep items will show up.

Here are a few items from his campaigns for Governor and Attorney General: 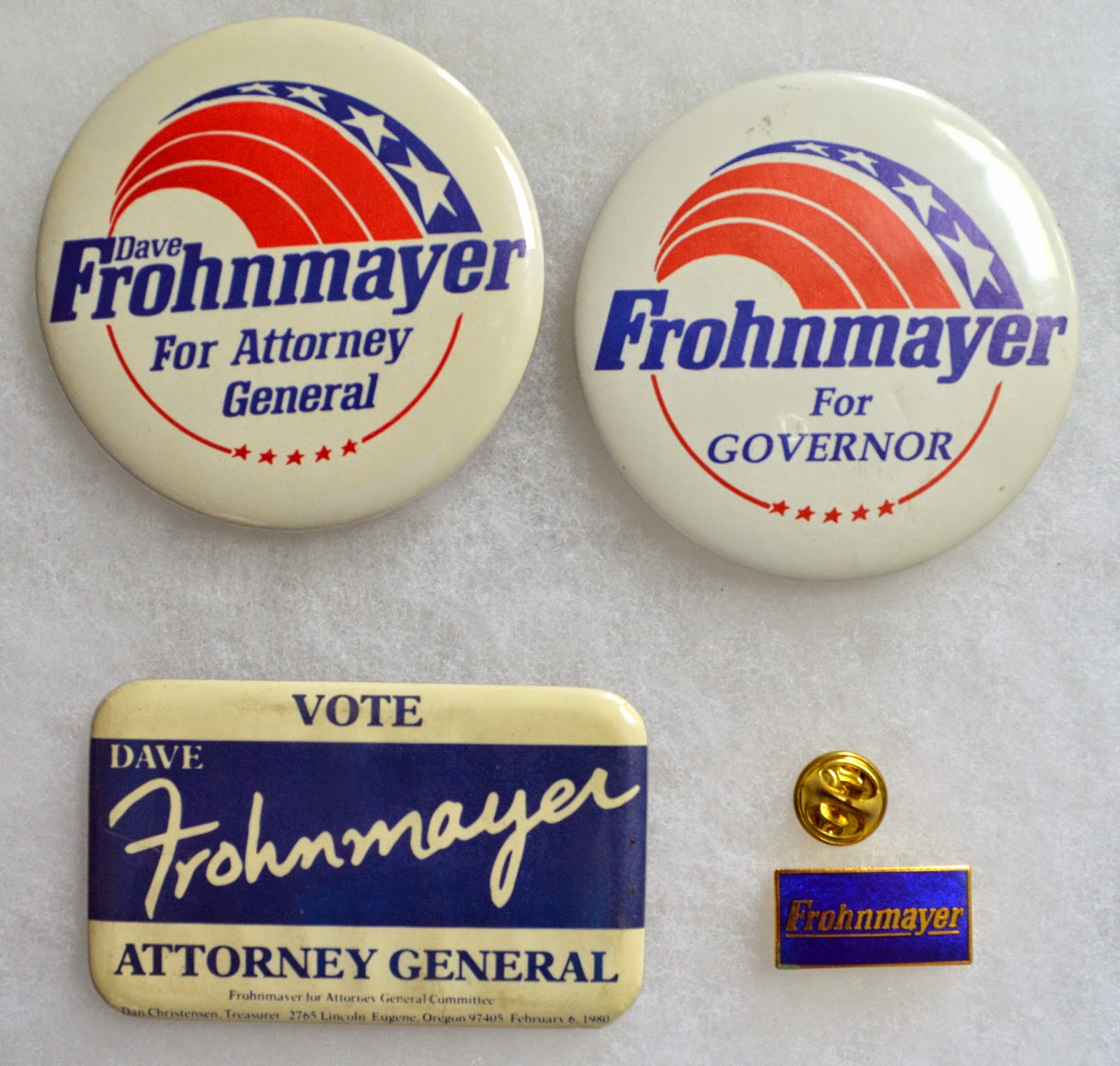 Several different Frohnmayer pins and a small lapel pin. The rectangular pin we think is from either 1980 or 1984.

One of my personal favorite items is a poster I picked up back in 2006. 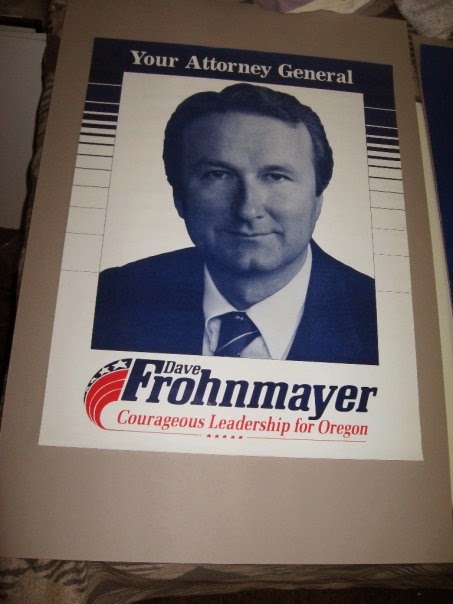 There are other items from his many campaigns out there to find. If you have an item and want to share, feel free to send us a photo. We will post more as we find them.