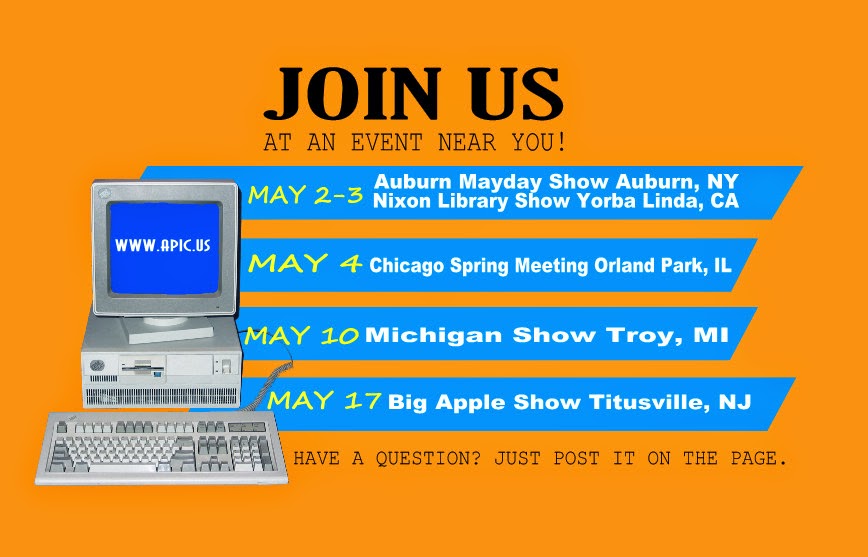 Several APIC Events coming up for the month of May. You can visit www.apic.us for more info on what goes on at an APIC Show.

Posted by Carl Fisher at 9:19 PM No comments:

Email ThisBlogThis!Share to TwitterShare to FacebookShare to Pinterest
Labels: 2014, APIC, Events, May

Over the weekend former Portland City Commissioner Charles Jordan passed away. Jordan was appointed to his seat in 1974 and was elected to a full term that May. He faced 14 opponents in the primary. Over 98,000 votes were cast and Jordan managed to grab over 30,000 of them. His nearest challenger, Gene Anderson, took just over 10,000 votes. Both men would face off in the November General Election. Jordan would come out on top again over Anderson. He would be elected to serve on the commission with future Mayor Frank Ivancie, and Auditor Mildred Schwab.

Here is a bumper sticker from that first primary campaign in 1974. 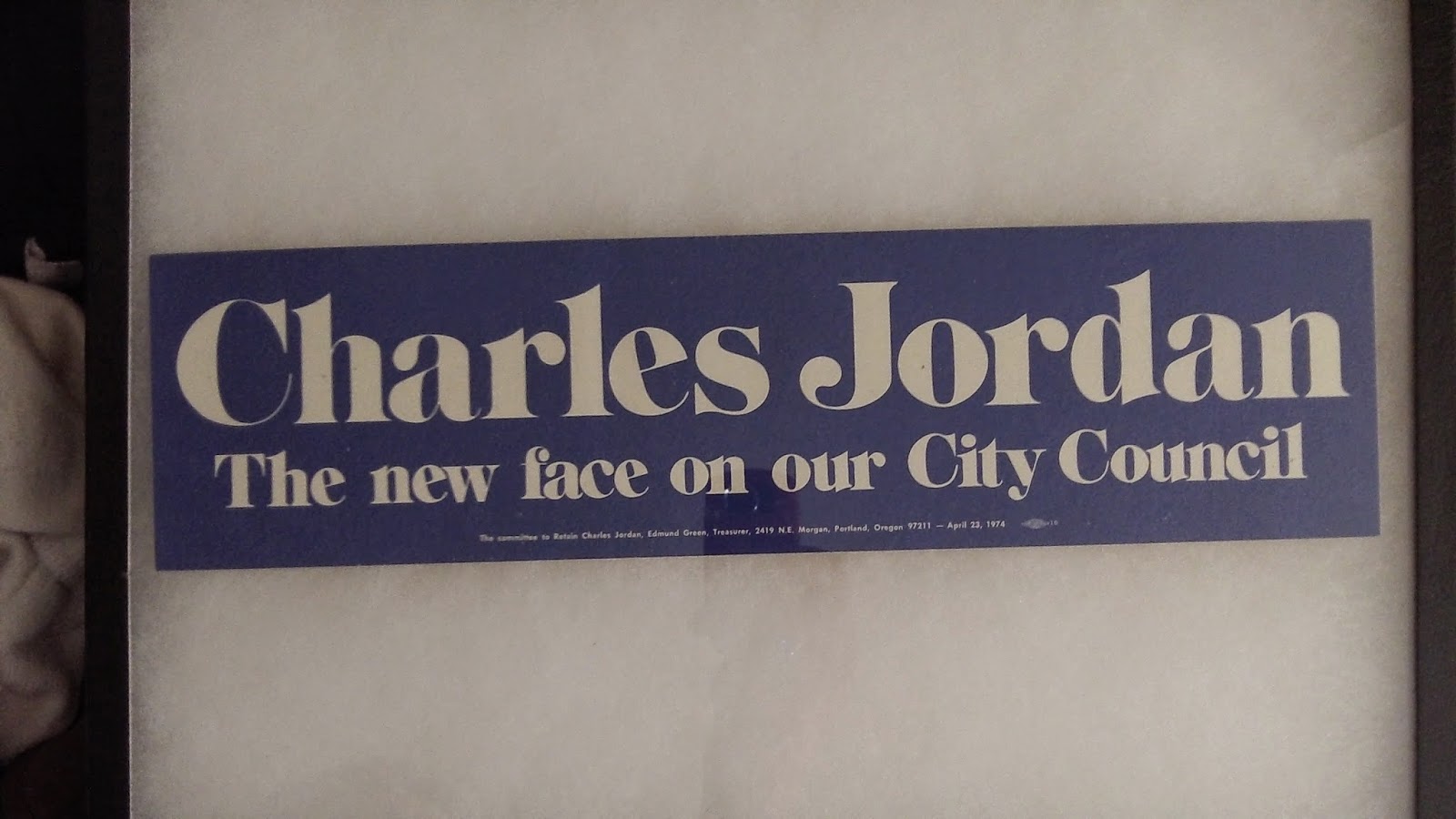 The 'new face' was a creative take on two different aspects of his appointment. First, that he was already on the city council and that he was first African American to serve and be elected in Portland on the council.