Blaine Whipple probably isn't a household name to many today. If you lived in Washington County 40 years ago, you probably would have known it. He was a State Senator that represented the Beaverton area. Twice he ran for Congress in the 1960s. He was Chair of the Washington County Democrats, an Executive Director of the state Democratic party, and member of the DNC. He served in various other elected positions in Washington County during the 80s and 90s. 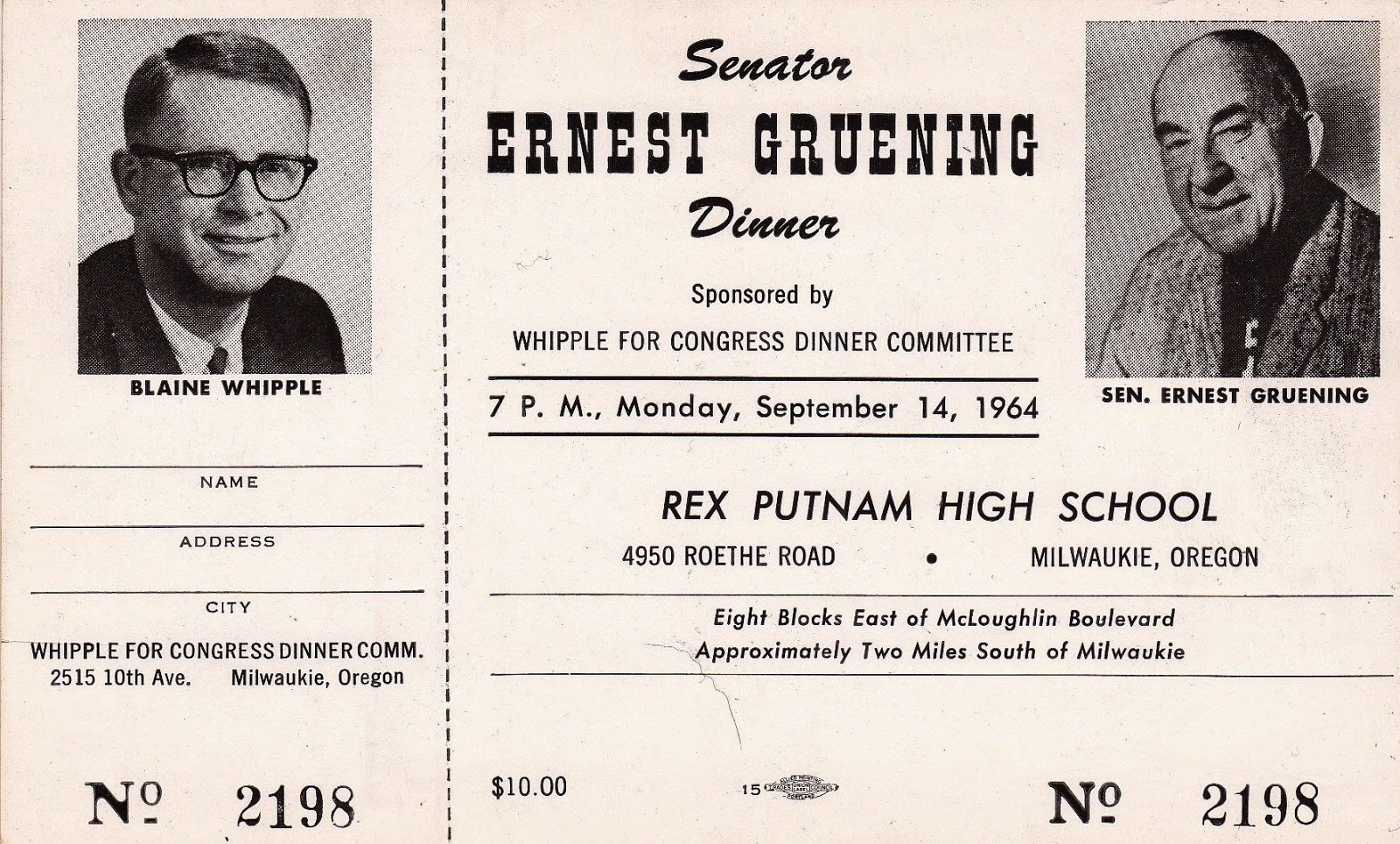 Here is a ticket to an event at Rex Putnam during his 1964 congressional campaign. The guest speaker was Alaska Senator Ernest Gruening. The Eugene Register Guard wrote about the event. Gruening easily predicted that the Johnson-Humphrey ticket would be the victors in November. At the event he urged Democrats to vote for Whipple over incumbent Walter Norbald. What no one could have predicted was that Norbald would die just 4 days after this event. Whipple would end up running against Norbald's law partner Wendell Wyatt in a special election and regular election held on Election day 1964. He lost both and Wyatt served until 1974.

It was during these years that Whipple would flex his organizing influence in the state by leading state campaigns for Eugene McCarthy and George McGovern. 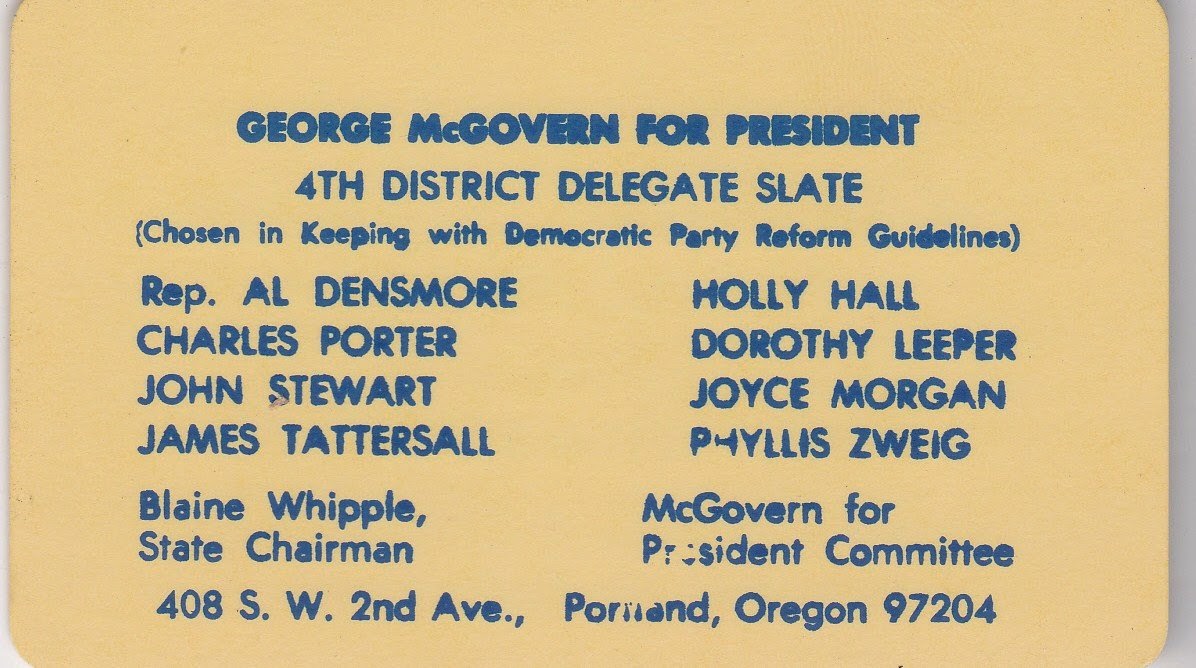 Not only did he chair presidential campaigns, he also managed to find time to run the campaigns of Harry Morgan for US Senate and Charles Porter for Congress. The card above is promoting a slate of delegates to the DNC for George McGovern. APIC John Silvertooth is also on the card.

In 1976 he was one of several candidates to vie for Secretary of State. He won a very contentious primary and faced off against Salem Senator Norma Paulus. Whipple would lose to Paulus, the first woman in Oregon history to be elected to statewide office. This pin was issued by the Oregon Young Democrats.

Blaine Whipple was a tireless advocate in the community and served on water boards, education districts and numerous boards and committees. If you have a Blaine Whipple item to share, please feel free to post it or email us.