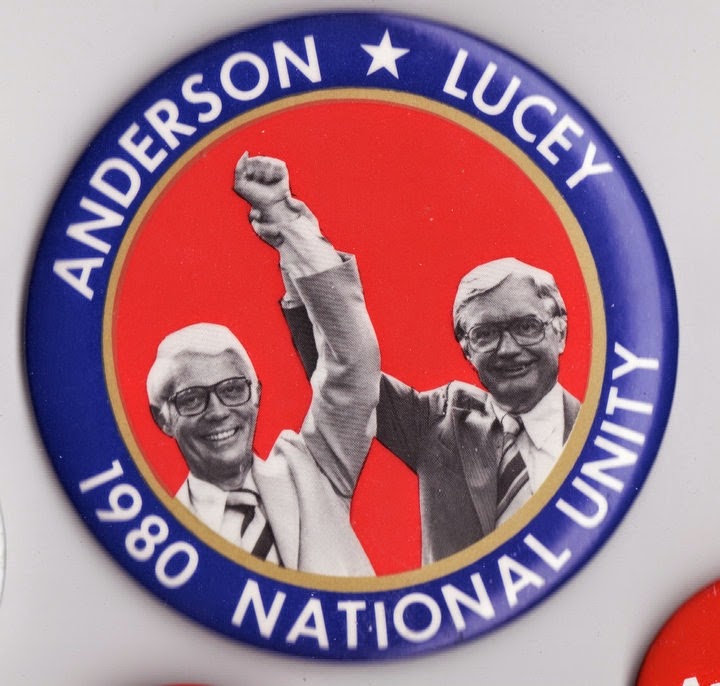 In the fall of 1980, two weeks after accepting the nomination of Vice President on Congressman John Anderson's Unity Ticket, former Wisconsin Governor Patrick Lucey made a campaign swing through Oregon. Lucey was a Democrat. Anderson a Republican. Together they felt they could make some changes worthy of votes in the November 1980 elections.

Patrick Lucey passed away this past week and I just realized I had one Oregon button from the Anderson-Lucey campaign.

Richard Nixon. Everyone knows the good, the bad and the ugly about him and his administration and how that is related to Watergate. Most Oregonians though are unaware that for a few days leading up to the 1968 Republican National Convention Nixon and top aides actually placed Oregon Senator Mark Hatifeld on a short list of eight people to be considered for the nomination of Vice President on the Republican ticket.

In the weeks and sometimes months before a political convention you can find some of the best 'fantasy ticket' items produced. A fantasy ticket or hypothetical ticket item is a political item bearing a ticket of a possible or favored party ticket prior to the selection of nominees from that party. Some fantasy tickets are highly plausible others are mostly just dream tickets. In 2004 a dream ticket of many was a Kerry-McCain ticket. McCain and Kerry were fellow Vietnam veterans and U.S. Senators that had been friends for many years. McCain teased the media for a few days saying he would seriously think about it if an offer was made from the Democratic Party. Of course, no offer ever did come from the party.

Read more »
Posted by Carl Fisher at 4:55 PM No comments:

We've started doing some posts on current members of the Oregon congressional delegation and our first one was on Congressman Earl Blumenauer. Since that post a few more items have shown up. Here is a t-shirt and a set of colorful bicycles that the Blumenauer campaign gives out. 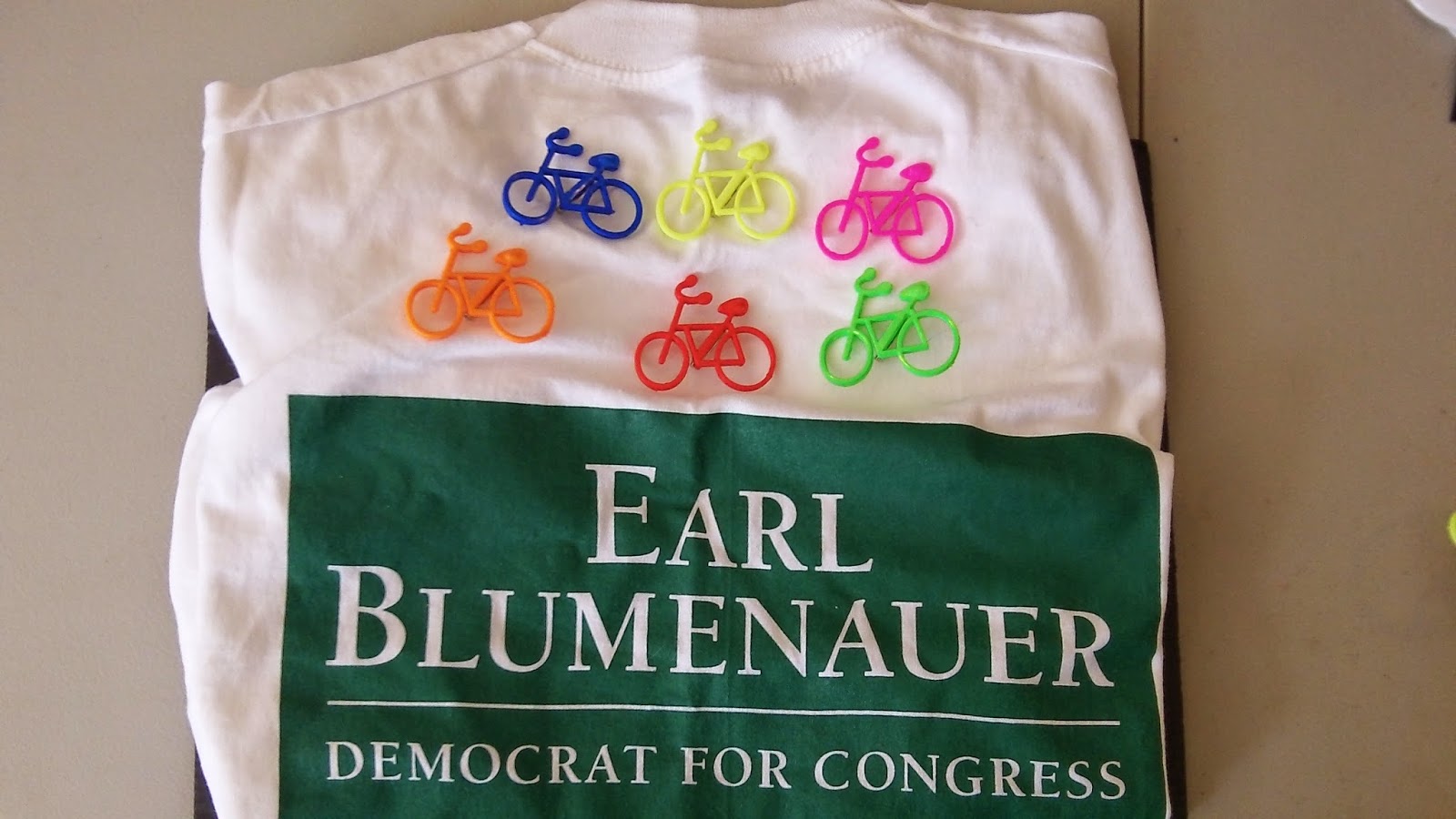 Getting the images taken for our next post of Congresswoman Suzanne Bonamici.

Posted by Carl Fisher at 2:01 PM No comments: