Oregon's Earl Blumenauer on the Trail since 1970

Earl Blumenauer has been a fixture of Portland politics since the 1970s. One of the few that has served in just about every level of government offered in Portland.  He got his start by organizing the Go 19 campaign in 1970. This would have lowered the voting age in Oregon to 19. While this effort was unsuccessful, it helped push pressure towards the passage of the twenty-sixth Amendment that lowered the voting age to 18 in 1972.

Winning a seat in the Oregon House of Representatives in 1972 and was re-elected in 1974 and 1976. During this time he was also attending law school and working at Portland State University. In 1978 he won a seat on the Multnomah County Commission and during his term sought a seat on the Portland City Council in 1981. He would lose this race to Margaret Strachan.

It wouldn't be until the late 80s when another opportunity opened up for Blumenauer to vie for a seat on the city council. This time he would win and serve there until his election to congress in 1996.

If Earl Blumenauer continues to serve in congress by 2016, he will have served twenty years in that office. He's never been in any serious danger of losing the seat, in fact he has won every race for congress with over 65% of the vote. In the tradition of Edith Green, he has also chaired Oregon Presidential campaigns. In 2004 he chaired the John Kerry campaign in Oregon and he did the same for Barack Obama in 2008.

Here are some of the great campaign items you can find out there from his various runs for public office.Earl Blumenhauer often faces opposition from third party candidates, especially the Pacific Green Party and Libertarian Party.

His strongest performing challenger was Republican Sarah Seale back in 2002. She came the closest any challenger has come to getting 30% of the vote against Earl Blumenauer. She picked up 26.74% of the vote, which was 62,821 votes.
He's run against some colorful Oregon personalities in the past. Scott Bruun, who would later run for Congress 2010 against Kurt Schrader attempted to beat Earl in 1996 general election. 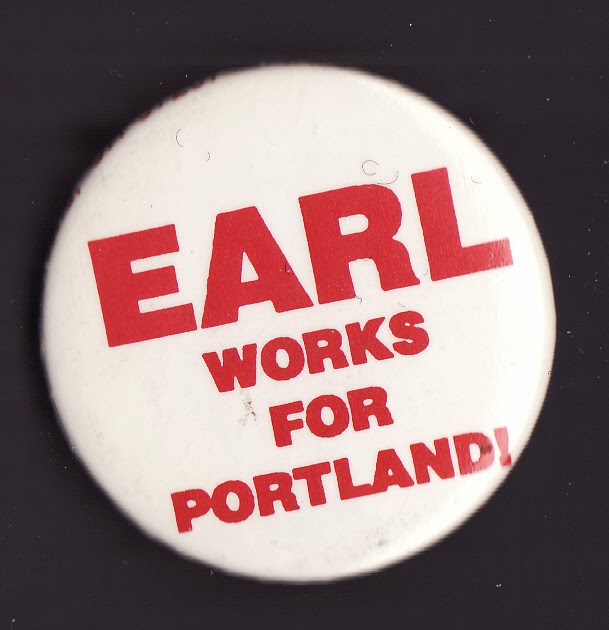 During four campaigns Blumenauer faced former Oregon State Senator Walter F. Brown in the general election. Brown is perhaps best known in Oregon and outside Oregon as the 2004 Socialist Party nominee for President. 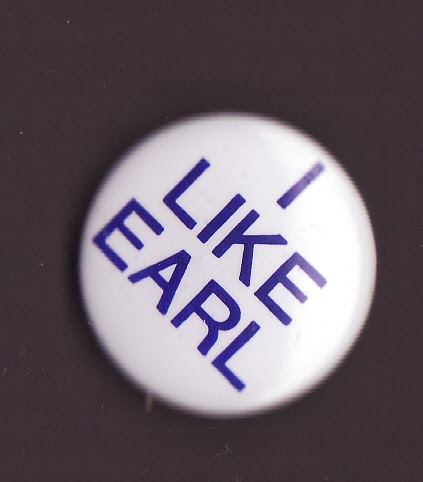 In 2002 and 2006 Constitution Party candidate Dave Brownlow ran against Blumenauer. Brownlow is perhaps most known for his 2008 run for U.S. Senate.

For the past several campaigns Blumenauer has taken to giving out these bicycle lapel pins during his campaigns. He has made the bike his symbol as he is an avid cyclist both here and back in Washington D.C. They come in all sorts of colors and he's always got one to spare. 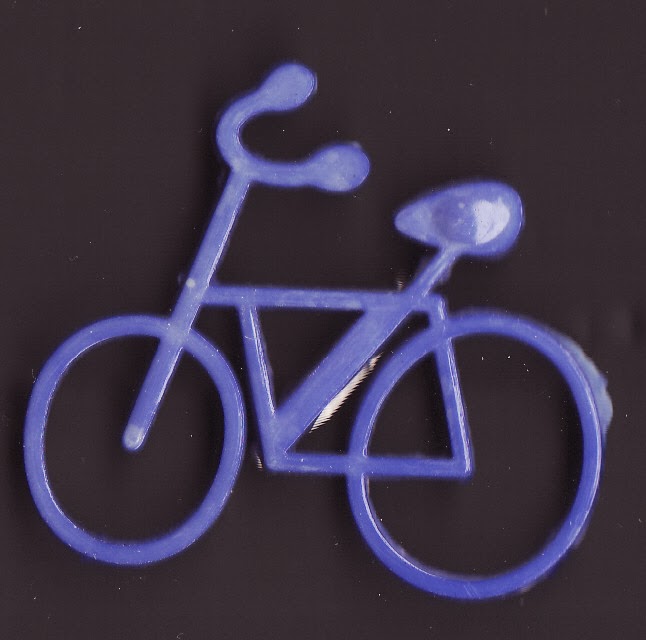 If you've got an Earl item to share or an item from one of his various opponents please send us a note. We'd love to see it!
Posted by Carl Fisher at 11:22 AM