This great ribbon was recently offered up on ebay from a seller in Iowa. It is from the 1892 Republican National Convention held in Minneapolis, Minnesota and given out to Oregon delegates.

In 1892 Oregon had 4 electoral votes, we've come along way these days. We now have 7! Campaign '92 also proved to be highly competitive in Oregon and much like the rest of the country votes were split between 3 candidates. Former President Grover Cleveland, President Benjamin Harrison and Populist candidate James Weaver ( a distant relative of former Oregon Congressman James Weaver).

In Oregon, Weaver and Harrison placed 1st and 2nd in terms of votes with Democrat Cleveland placing a distant 3rd. Only 78,000 people cast votes in the election. Weaver gained one electoral vote and Harrison took the other three. 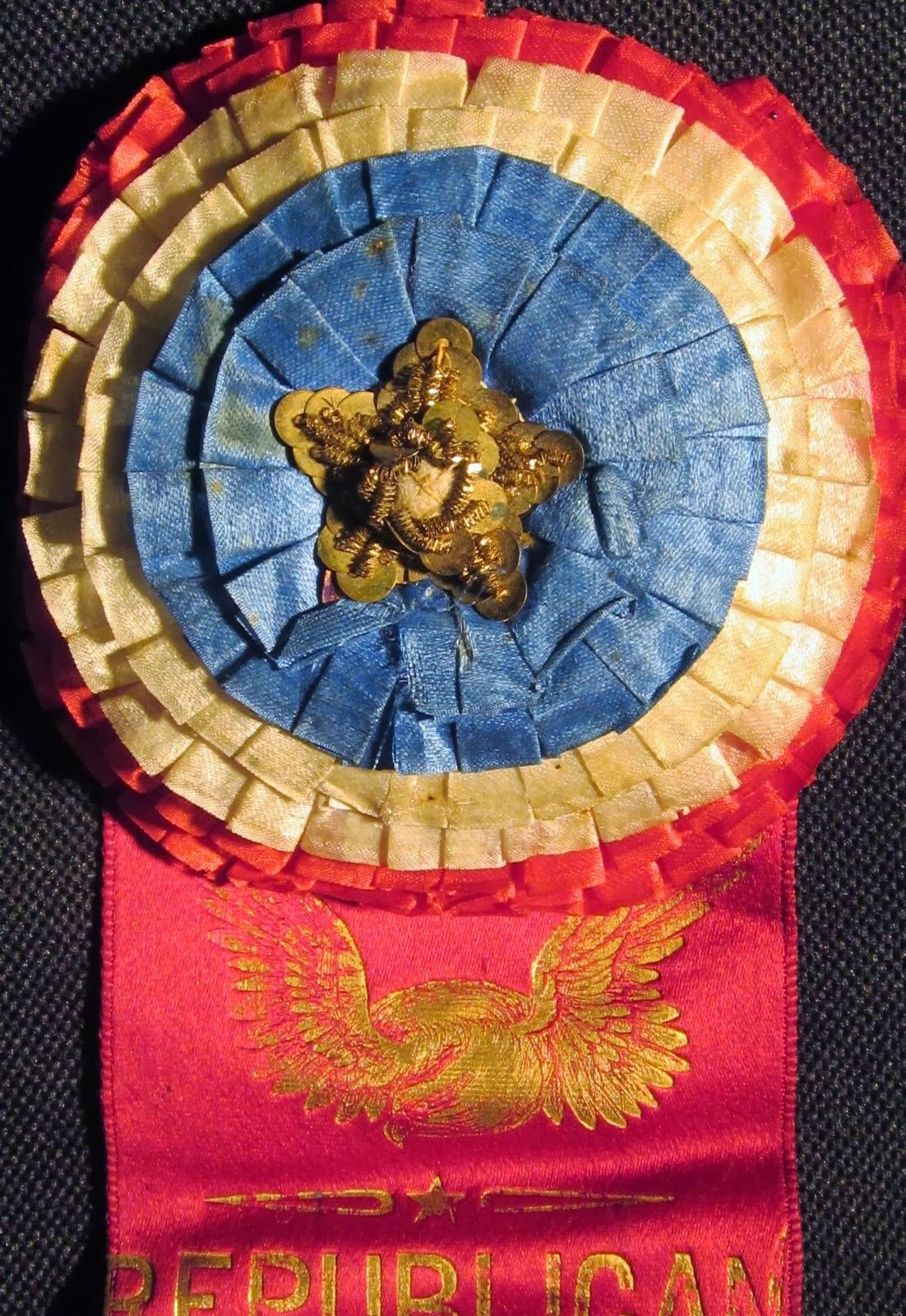 Here is the star from the top of the ribbon. Really great work that has held up 121 years. Most campaign ephemera and items are never meant to be saved, let alone survive for that long. Whomever won this ribbon got a real gem of an Oregon item. 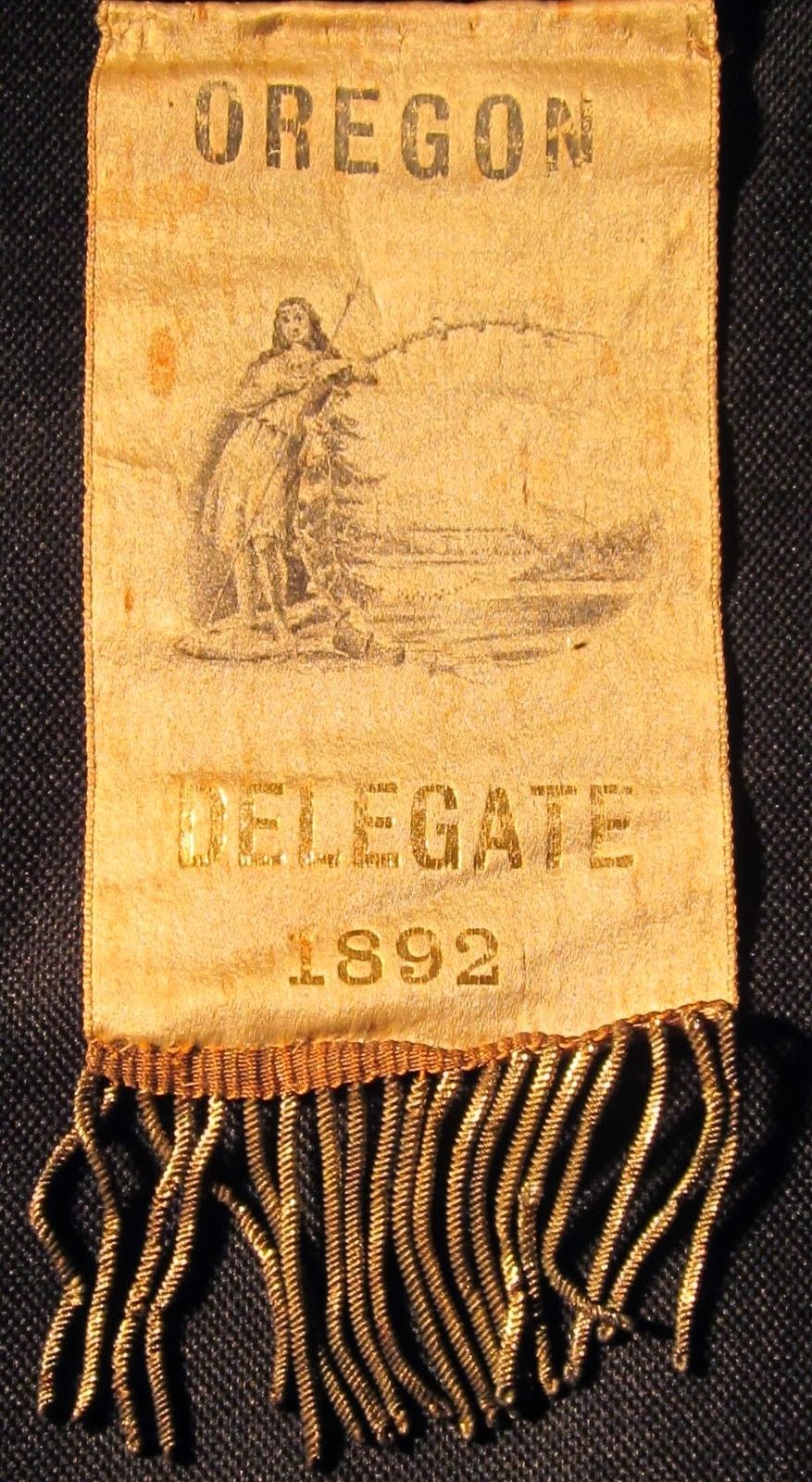