This ticket from a fundraising dinner in 1967 to benefit Oregon House Republicans featured a keynote by Michigan Governor George Romney. It is noted in a longer article about Romney from the Owosso Argus-Press. The very end of the article mentions that a former Mark Hatfield aide is now working for Romney. 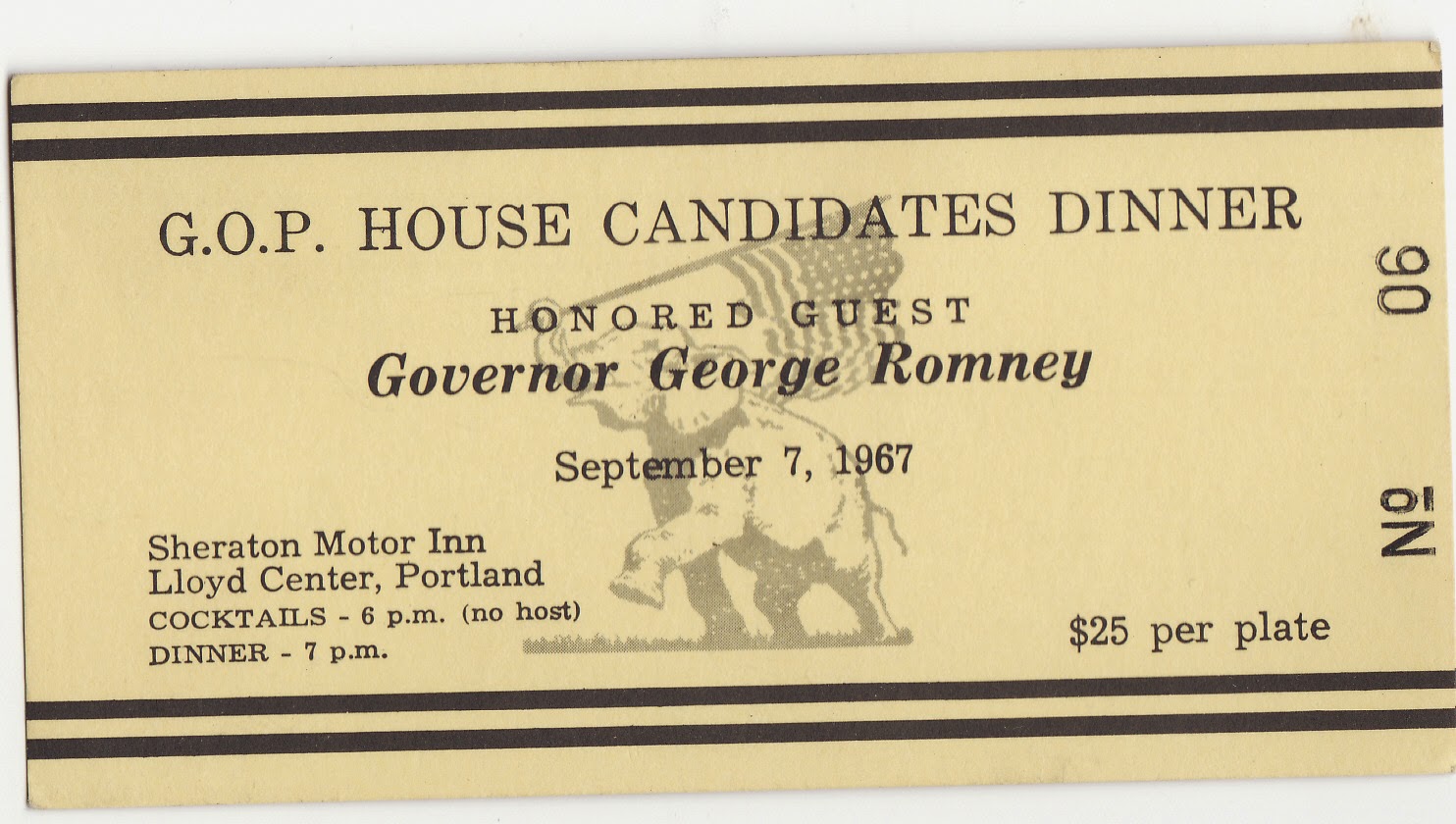 I picked this ticket up on a New Years Eve adventure in Salem. It was at one of the local antique shops. There is a quick blurb about the dinner it here (scroll down until you see PORTLAND)

25 dollars doesn't seem like much to attend a dinner with a potential presidential candidate a little under a year before the Oregon '68 primary. Then again, we only have current 'per plate' dinners to compare too.  Oregon APIC member John Silvertooth stated he was in the audience at the speech. I wonder if he can dig up any other memorabilia from the event.

Romney did not last long in the '68 race. He withdrew after weeks of problems associated with his 'brainwashed' comments regarding the Vietnam war. The first article linked mentions the comments and the start of the fallout from them.

He ended up withdrawing from the race before the first primary.