Turned up several neat items in antique and thrift shops around my area. The first is a Wayne Morse bumper sticker from his 1956 re-election campaign. Really neat item, and a first for me.

As most know, Morse had recently switched from the GOP to the Democrats after growing increasingly frustrated with party leadership and the direction the party was going on many policy fronts. He would win in 1956, by defeating former Oregon Governor and then Secretary of the Interior Douglas McKay.


This is a button from a campaign of Tom Throop. 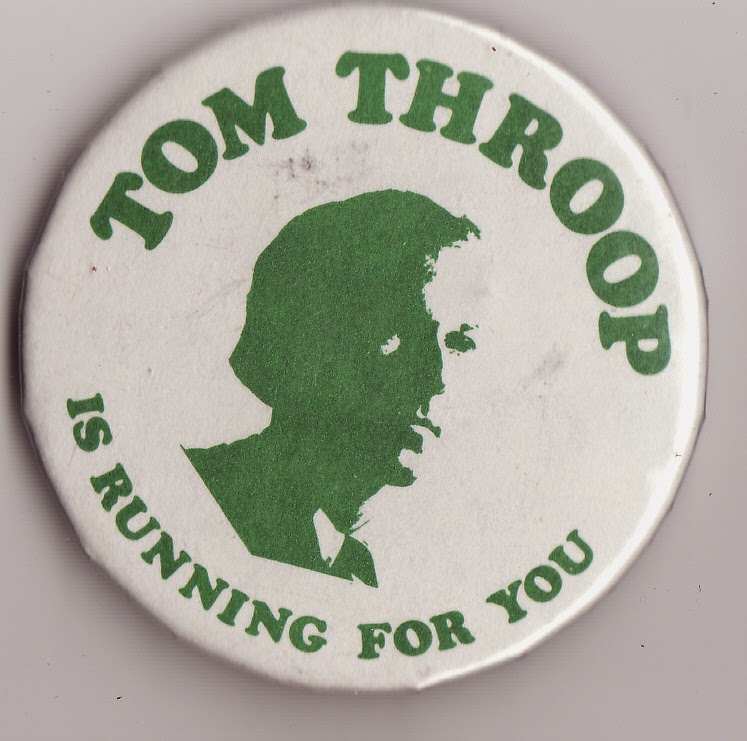 The last item is a matchbook cover from what I can only assume it was between the 40s and 60s. That is when these were popular. So far, I have been able to find out about Si Cohn he ran a voter registration drive in 1960,not sure about anything else anything after that.