As a trained political junkie (i.e a holder of a political science degree) I am constantly fascinated by the campaigns that have come and gone. One of the campaigns to set up in Oregon in the past 30 years is the 1984 Gary Hart campaign, which by the way it has been exactly 30 years since the Hart campaign came to Oregon.

Hart was running against former Vice President Walter Mondale. If you are partial to the insurgent/establishment breakdowns of political campaigns then this would be of a similar contest to the Clinton-Obama race of 2008, for those not familiar with the dynamic of the 84 Democratic primaries.

Political organizations depend on people and candidates go where they have people. In the spring of 1984 a group of Marion County, Oregon organizers got Gary Hart to appear for a rally at the courthouse in downtown Salem as apart of his swing through the state. Here is a photo from the rally. 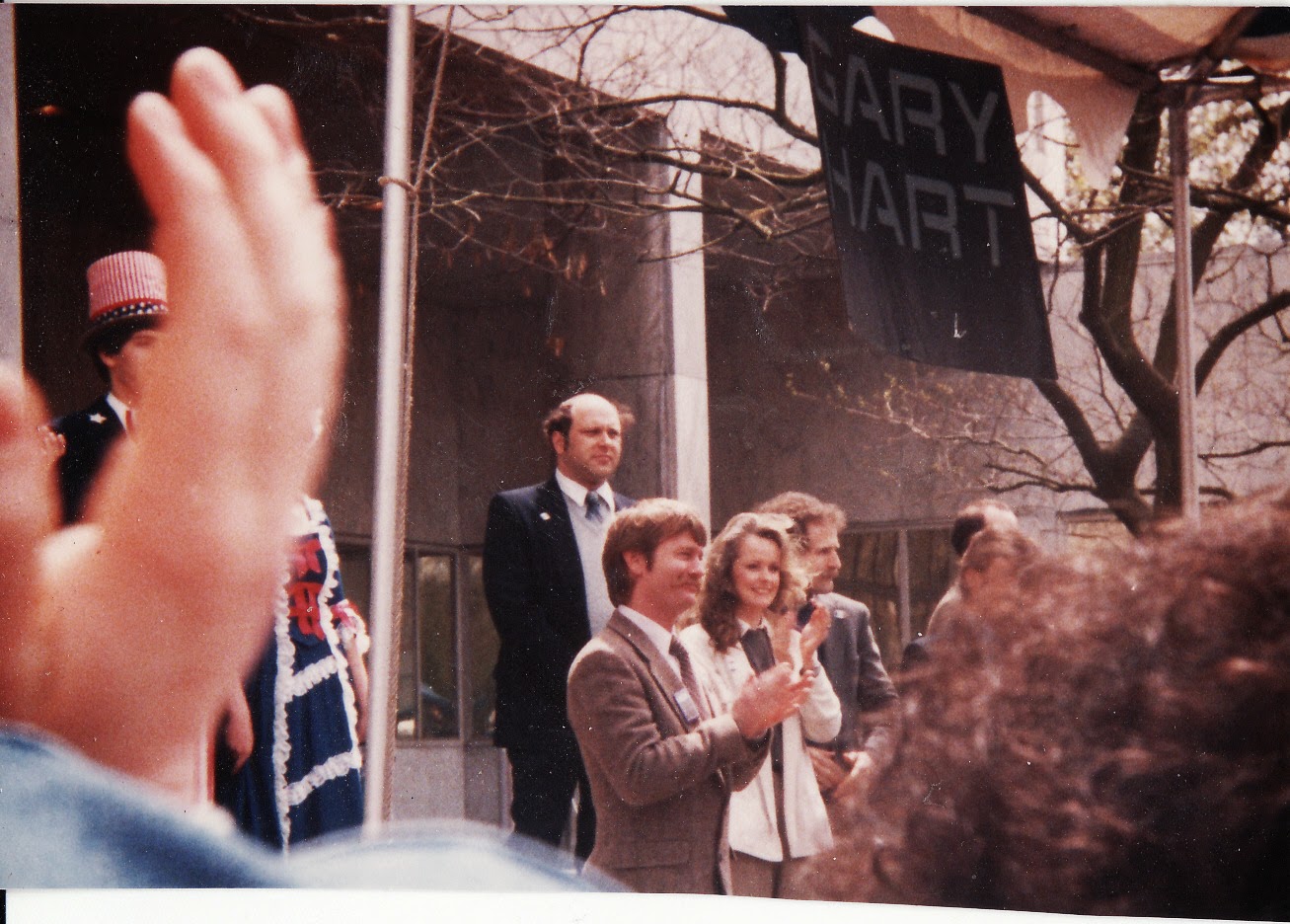 I'm guessing that Senator Hart is just behind the big flock of hair in the photo. This photo was given to me by my friend Liz. She was one of the many dedicated organizers who ran the Marion County for Hart organization.

Hart was favored to win Oregon, even though Mondale supporters acted surprised after his victory in the May primary. Jackson, Hart and Mondale all had organizations in Oregon. From media accounts and even the Mondale campaigns perspective, Hart was the most organized in the state.

At this rally, the organizers arranged for Senator Hart to sign a few posters. One for each of the Marion County organizers. At the victory party, which was in someones house in Salem, the crew signed each others posters. Liz told me they were not thinking far enough ahead to worry about having a traditional 'victory night' party at some bar or venue where the public could come and watch the returns.

They took a group photo in the living room during election night. Here is that photo. I am unsure who took it.
Here is the poster, to be framed soon. You can even see one of the posters in the group photo. This is a wonderful campaign item from with a great story behind it. Makes you wonder how many of the other posters survived?